How many people will actually die this week because of Daylight Savings Time?

The idea that people die as a direct result of setting the clocks back for Daylight Savings Time is an annual favorite. I’m no fan of losing an hour of sleep and I have to admit that I find it somewhat vindicating to disdain something that’s not only a minor inconvenience but also a cold blooded killer. A healthy mixture of confirmation bias and macabre fascination has allowed me to go on for most of my life without ever questioning that people die in sleepy droves on the Monday following the switch to DST. It is after all eminently reasonable; people are tired when they drive into work after the change and driving while tired reduces reaction times and increases the likelihood of accidents.

Today happened to be the first day in my life that I have ever had even a shadow of a doubt about the truth of this statement. I woke up this morning and immediately started thinking about how much better life would be if we could all just agree to switch to Daylight Savings Time year round and let Standard Time go the way of Bramble Cay melomys. We would get an extra hour of daylight in the winter, I wouldn’t have had to wake up an hour early, and, of course, so many lives would be saved.*

Then a thought occurred to me: this is a factoid that I picked up on the playground in elementary school. Not that that necessarily means it’s wrong but the playground is also where I learned that gum stays in your stomach for seven years, the Great Wall of China is the only man-made structure visible from space, and that this:

is redeemable for a free Tootsie Pop (photo credit: regan76). I still haven’t gotten over my disappointment after visiting the Great Wall.

In light of this, I decided to seek out a more trustworthy source and a quick googling found many articles supporting the claim. Their references painted a more blurry picture however. The effects of daylight and daylight saving time on US pedestrian fatalities and motor vehicle occupant fatalities is one of the most cited of papers on the topics. It concludes that 171 pedestrian fatalities and 195 vehicle occupant fatalities are caused each year by the time switch. These deaths are not caused by sleepy drivers in the spring though, they’re caused by reduced sunlight in the winter.

This is apparently a popular topic in Finland as well where Daylight Saving Time Transitions and Road Traffic Accidents found no evidence of increased traffic accidents and another paper found no increase in work-related accidents. There are some papers that claim an effect, such as Fatal accidents following changes in daylight savings time: the American experience., but as that paper itself points out: many of these analyses have conflicting results.

At this point, I decided that I should do a little analysis of my own. I started looking around for US mortality datasets and quickly found that the data situation is complicated. There’s an understandable concern about protecting individuals' privacy and so recent data tends to be either not publicly available or obfuscated in various ways so that identification is impossible. Unfortunately, removing the date of death is one of those ways.

The most recent usable data that I could get my hands on were the FMWK304 and GMWK305 mortality tables from the National Vital Statistics System. These include the total deaths per day from 1999-2007 segmented by cause of death. I focused on death by motor vehicle accidents for both occupants and pedestrians.

I aggregated the data across the available years to see the average number of deaths per day for the week before, the week of, and the week after the DST transition.

Then I considered the average of the week before and the week after as a baseline and subtracted this off from the week of the transition to find the excess deaths.

We would expect a large excess on Monday in particular if the original premise of tired commuters causing accidents were true. We do see an excess of about $6$ on Monday but the errors are so large that it’s indistinguishable from zero.

and the excess deaths

are again fairly indistinguishable from zero. There’s actually a deficit observed on Monday but that’s meaningless in the face of the large statistical error.

We can also aggregate the deaths over the entire week instead of dividing it up by day. This could possibly improve the signal to noise ratio if there are continued effects throughout the week. The excesses for the week of the transition are $33 \pm 51$ vehicle occupant deaths and $5.6 \pm 11$ pedestrian deaths. All that we could really do with these would be to put upper limits on the excesses; we can’t exclude zero in either case.

So there you have it: there isn’t really much evidence that the Daylight Savings Time transition results in any deaths due to tired driving. Is it weird that I’m a little disappointed? It’s certainly possible, maybe even likely, that it does but the nine years of data that we looked at simply don’t have the statistical resolving power to prove it. You could decrease the errors a little bit by coming up with a more sophisticated model for the baseline subtraction but that would only change the statistical errors by a factor of $\sqrt{\frac 2 3} \approx 0.82$. Another factor of $\sqrt{\frac{9}{37}} \approx 0.49$ could be achieved by getting access to the non-public National Death Index data stretching back to 1980, but I would be hesitant to use data any older than that because there have been tremendous gains in vehicle safety since then. That would knock the statistical errors on the excess vehicle occupant deaths for the week down to about $21$ which may or may not be enough to resolve a signal.

Overall, I would judge this factoid as much less apparently true than I expected it to be. It might be possible to discern a definitive signal with access to the non-public data but I have a feeling that it would still be fairly ambiguous. The statistical errors are such that the problem is highly susceptible to p-hacking and that’s probably why you’ll find papers using different model assumptions and coming to conflicting conclusions.

It might not be a killer but can we at least all agree that Standard Time sucks? 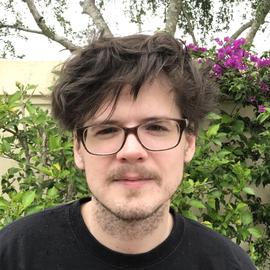